Ready for your next best revenue channel with Emotive?

Their support team will literally hold your hand, create automation and train you in anything you want on their platform.

The team at emotive is collaborative and has helped us execute in ways we did not think of, which is very uncommon in this space.

Emotive provides you with a lot of resources to help guide you through SMS marketing. They offer monthly calendars to inspire you...

Talk to an SMS expert

How iOS14 Impacted Facebook Ads and the Best Solution 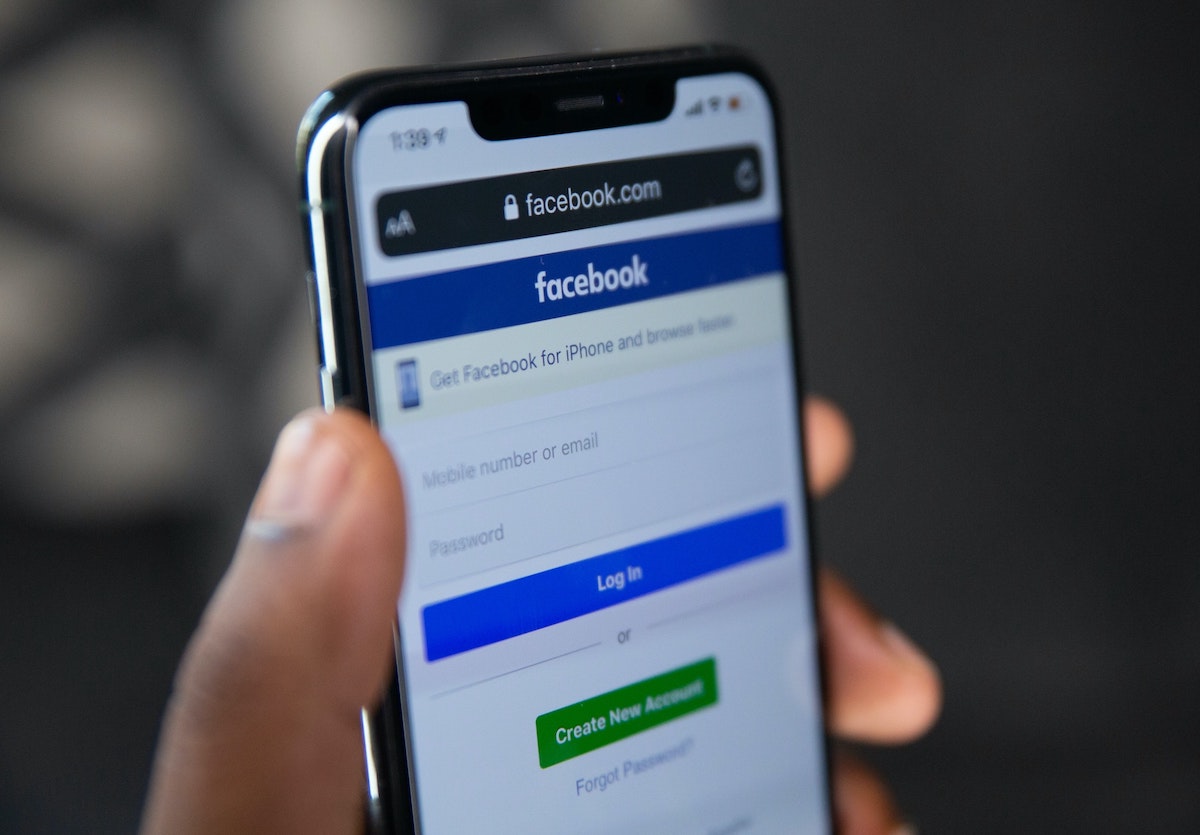 Have you noticed higher CAC (customer acquisition costs) or lower conversion rates for your Facebook campaigns since Apple released iOS 14 and iOS 14.5?

If so, you're not alone. We're going to explain what happened, and what it means for your marketing funnel and sales data. Then we're going to walk you through how to improve the performance of your Facebook ad campaigns, and suggest some strategies for strengthening your ROAS (return on ad spend.)

Apple has long made user privacy a core part of its brand. In 2021 the company doubled down on its commitment to privacy with the release of iOS 14 and iOS 14.5, software updates that changed the default privacy settings on iOS devices. Apple used to automatically share anonymous user data through its IDFA (Identifier for Advertisers). But with the introduction of "ask app not to track," Apple radically changed the advertising and marketing landscape. The new default is that users now have to opt in to share their data.

Since iOS 14 and iOS 14.5 launched, it's estimated that less than 25%(1) of Apple users have opted back into being tracked. This is kind of a big deal because more than half(2) of all Americans own an iPhone, and iPhone users comprise about 46% of all Facebook traffic(3). It means companies that were using Apple's tracking data — including Facebook, Google, and other app-makers selling or running ads — can no longer rely on it. And it means that those of us using Facebook, Google, Snapchat, and other ad networks to drive revenue need to adapt.

Apple's iOS 14 update has impacted the economics of every network that sells advertising and has an audience of iPhone users. But with ads that reach nearly two-thirds of all Americans over the age of 13 and 81% of its users visiting from mobile devices, Facebook is the social network most affected. One ecommerce agency estimates that its clients' Facebook ROAS has decreased by 30% as a result of the Apple iOS 14 changes(4). And Facebook's parent company, Meta, reported(5) a 40% drop in Facebook ad impressions and a subsequent revenue slow-down.

But not all advertisers are feeling the impact in the same way. Here are some of the Facebook iOS 14 major changes that may be affecting you.

The Facebook pixel is basically a cookie that tracks user behavior at your website and connects it to your Facebook ads. When 75% of iOS users opted out of tracking on the network, it meant the Facebook pixel could no longer collect those users' website behavior data. In other words, if an iOS user visited your store and put an item in their cart, but they had "do not track" turned on, you can no longer retarget them on Facebook with an ad displaying that item they liked.

The iOS 14 limits on data also made Facebook's remaining retargeting efforts — including its ability to build predictable custom audiences and power relevant dynamic ads — less effective. It's more expensive to run campaigns and more challenging to personalize ad copy when you don't know as much about your target audiences.

Changes to iOS 14 had a big influence on how Facebook receives and processes conversion events from the Facebook pixel. If customers chose to opt out of data tracking, behaviors such as viewing content at your website, adding items to a cart, checking out, placing an order, and others will be under-reported.

Indeed, many advertisers have noted the lack of accuracy and consistency in Facebook Ads Manager reporting since iOS 14 dropped. For some advertisers, this may be because their results (conversion rates, ROAS) have worsened. For others, Facebook's data is now less reliable and so their reporting is, too. Facebook has tried to mitigate this issue by delaying some pixel-based conversion reporting, changing the attribution window, removing options for data breakdowns, tweaking its modeling (estimated results), and using aggregated event measurement for conversion tracking.

Prior to the iOS 14 "do not track," Facebook could track and optimize for an unlimited number of conversion-related events at merchants' websites (for example, viewing an item, adding it to a shopping cart, entering checkout, completing a purchase, etc.) Since the Apple updates, Facebook only allows you to optimize for eight conversion events per domain. Advertisers and marketers will need to prioritize which of these eight events matter most and rank them.

Remember that old adage about how it takes at least eight marketing touches before someone is ready to purchase? Well, unless all eight of those touches happen in a seven-day window, Facebook won't be tracking all of them for you. Since the iOS 14 update Facebook has changed from a 28-day to a seven-day view. Conversion events are now reported based on the time of the event, rather than when your ad successfully created an impression.

What was not affected by the iOS 14 update?

Here are some key advertising features that haven't changed with the Apple privacy updates.

You may not be able to trust Facebook pixel data anymore, but you can still target ads based on Facebook's own prolific data points about its users. These include demographic and psychographic factors like gender, age, location, and interests.

You can still upload lists of your customers, or email and SMS subscribers, to Facebook. This is a great way to use your own data to create custom audiences and better personalize your ads, or create lookalike audiences that broaden your reach.

Not all is lost: Facebook is still the third most-trafficked website in the world and maintains its standing as one of the most effective ad networks for ecommerce retailers. Here are a few ways to ensure you're optimizing your Facebook advertising in the wake of iOS 14 and iOS 14.5.

Diversify your ad channels and your ads

Don't put all your ROAS eggs in one basket: Facebook should not be your only data source, nor your only advertising channel. Now's a great time to experiment with advertising on other social networks, or to change your ad spend on those networks to see what works best. It's also a good reminder to not take your creative for granted. Make sure you're continuing to A/B test your ads' graphics, headlines, CTAs, and landing pages and optimizing accordingly.

You might also broaden your advertising target audience. The Facebook algorithm will optimize your ad sets over time, using engagement data, so with a low budget and some patience you might discover some new avenues you hadn't considered. Broadening your audiences also gives you the chance to test-drive new creatives.

With the decline of custom audiences from Facebook pixel data you might look for ways to directly acquire privacy-compliant first-party data. Facebook Business Manager offers a number of lead-gen options that let users stay on the platform while expressing interest in your offerings, such as form fills.

(Emotive's Conversational Ads are a great option for building out your SMS subscriber list with a fully managed paid ad solution on Facebook, one that happens to yield a 10X higher opt-in rate and lower opt-out rate than traditional website pop-ups.)

Place ads that aren't related to the conversion goal

Instead of relying too deeply on Facebook's tracking data, you might set up ads or campaigns independent of the network to see if they result in a conversion or sale. For example, you can set up UTMs or collect leads with form fills. You won't eliminate the influence of retargeting consumers but you'll get more out of prospective efforts.

The Facebook Conversion API gives you the opportunity to continue server-side tracking even in the absence of the Facebook pixel. It tracks user activity on your website, in your app if you have one, and even offline, and feeds that to Facebook without relying on a third-party cookie.

Facebook offers a number of shortcuts that can help you keep tabs on your advertising performance when the outcomes seem uncertain. Automated rules can prevent you from spending more than you want, or should, on Facebook ads that aren't actually performing well. And choosing aggregated event measurement in the Facebook Events Manager can give you a prioritized look at your conversion events.

The massive proliferation of digital advertising has made most of us desensitized to ads. With the increased competition for our attention, it's worth considering what really attracts our brains and gets us to act.

As humans, we're naturally programmed to like conversations: a two-way exchange of dialogue, feelings, and information. Conversations feel valuable, personal, and relatable, attributes every brand wants to inspire in shoppers.

The benefits of conversational advertising

Artificial intelligence gives merchants the ability to program automated responses and CTAs based on customized actions or experiences. Responsive language in advertisements feels more authentic, which builds trust and helps move potential customers through your marketing and sales funnels.

Every conversation yields data about your target audience and customers, which can then be applied to optimize your responses. The flexibility of automated, two-way conversations means you can implement your brand voice and show your human side in nearly any context, from your own website to paid ads to text messages on your subscribers' mobile devices.

And being able to interact with a brand's advertising gives shoppers a sense of agency and invokes a call to action that no static or dynamic ad can provide.

The best solution to the iOS 14 privacy vs. personalization debate

The Facebook iOS 14 update has been a double-edged sword for consumers and ecommerce merchants, because it turns out that privacy and personalization both matter a lot. Though 97% of Americans say(6) they're concerned about protecting their personal data and privacy, 81% of consumers say(7) they’re more likely to buy from brands that use personalization. This puts digital marketers and Facebook advertisers in a pickle: how do you respect your shoppers' privacy, while also personalizing your advertising and marketing communications to appeal to them?

The future of advertising and marketing is first-party data

The answer is to rely less on tracking and data collection from social networks' third-party cookies, and focus more on building your own first-party data. Privacy concerns aren't going away — in fact, in 2023 Google plans to retire third-party cookies on its Chrome browser, which carries just over half of the internet browser market share. Neither is personalization a diminishing concern. According to consulting firms Accenture and McKinsey, 91% of consumers say(8) they're more likely to shop with brands that recognize them and serve up relevant recommendations, and 80% care so much about brands getting personalization right that they'd head to a competitor if a merchant got it wrong(9).

Adding more phone numbers and email addresses to your subscriber list not only helps you understand, recognize, and build trust with shoppers who have opted in; it gives you multiple marketing channels across which you can communicate with them. Building a robust subscriber list will come in handy when you're ready to build new lookalike audiences, too, and next time you'll be using more accurate and relevant first-party data.

Whether your business has been impacted by Apple's software updates and the impact they've had on advertising or you're just starting to build your Facebook strategy, your relationships with shoppers should be your focus. Conversational advertising means building a two-way rapport with potential and current customers. In exchange for their trust and data, you take the time to get to know them and create satisfying, personalized experiences for them. That's how, in the end, shoppers find what they want and need, and you make the sale.

Find out more about Conversational Ads and see whether they're the right solution for you.

See how it works